Westminster’s Mission of the Month for the month of May are missionaries Kenton and Adriana Wood who serve in Guadalajara, Mexico. Read their story below taken from the Mission to the Word website: 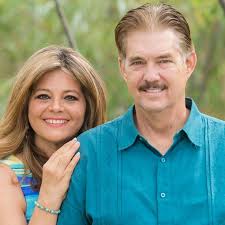 Kenton, son of missionary parents in southern Mexico, trusted Jesus at an early age. He attended Wheaton College and received a B.A. and a commission as an officer in the U.S. Army. Four years later, he returned to Wheaton for graduate studies, where he met his late wife Karen, a talented vocalist in the Conservatory of Music. Karen came from a very musical home in Michigan, where her father was a minister. As a child, Karen also gave her life to Christ.

After they married in 1975, Kenton and Karen served at the Granada Presbyterian Church in Florida, where they received God’s call to missionary service. They first served in Ecuador with Radio HCJB, Kenton in evangelism and Karen in music.

In 1985 the Woods joined the church-planting team in Acapulco and during the next 10 years they started a church among the city’s professionals. In 1997, they were called to Guadalajara to begin a new work. As of 2013, the Woods had helped establish a mother church and six daughter churches.

In September of 2012 the Lord called Karen home after a four-year battle with cancer. Kenton is now remarried to Adriana and, along with his national team, continues to plant more churches in the city.

Please pray for Kenton and Adriana, the work that they are doing at their church, Rey de Reyes (King of Kings), and for all of their church plants and ministerial team. Kenton has said that he would love for any members of Westminster to visit him in Mexico, even if only for a weekend. To contact Kenton, you may email him at kentonwood@aol.com.

We Need You, Little Toe!

[Palmer] Home for the Holidays

Do You Have a Story to Tell?

Joy in Your Worst Nightmare