I’m a Huguenot. My maiden name is Gibert, pronounced “jĭ-bear” in French, and my direct Huguenot ancestry can be traced back for ten generations of male Giberts to one Pierre Gibert, ESQ. His son, Rev. Jean Louis Gibert, miraculously escaped a death sentence in France because, 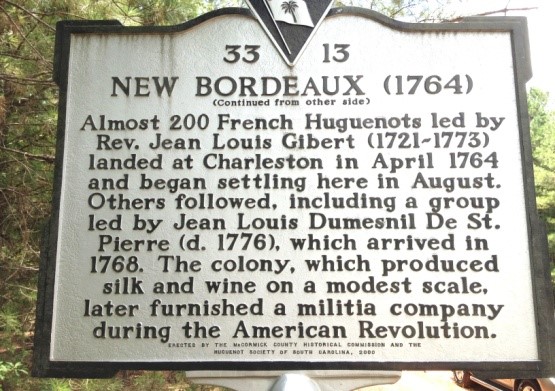 as a Protestant minister, he baptized a child. The time was the Reformation. Rev. Gibert later founded a French colony in New Bordeaux, South Carolina. Now, you may be wondering, “What on earth is a Huguenot?”

Huguenots were French Reformed Protestants during the 16th, 17th and 18th centuries who were influenced by the teachings of John Calvin and were brutally persecuted by the Roman Catholic Church. At the height of the Reformation, Huguenots numbered approximately twenty percent of the French population. But persecution eventually drove their numbers to near extinction in France. You may think I am bragging, but as long as I can remember, I have heard stories of these valiant Christians who were burned at the stake, taken as slaves, chained to a galley and forced to row until they died. They suffered greatly for their convictions. I feel blessed and proud to have such ancestors.

Due to the persecution of Reformed Christians in France, my ancestor, Jean Louis Gibert fled France to England where he received asylum from the British monarch King George III. He persuaded the king to grant a colony of Huguenots territory in the new world, and they were 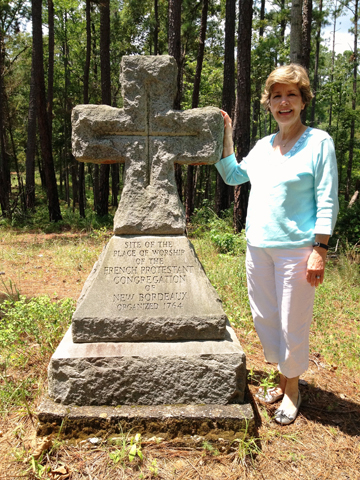 granted land in New Bordeaux, South Carolina. There they settled in 1764, raised grapes for wine and planted mulberry trees to procure worms for silk. Rev. Jean Louis Gibert pastored the Huguenot congregation in Charleston, South Carolina and later led the settlement in New Bordeaux, serving as pastor and school master. Following Jean Louis’s death, his nephew, Pierre Gibert III, assumed the leadership of New Bordeaux. After all these hundreds of years, the French Huguenot Church in Charleston remains the only active Huguenot congregation in America. At the front of the church just behind the pulpit is a plaque honoring Rev. Jean Louis Gibert, my ancestor. The settlement of New Bordeaux is no more. The only proof of its existence is marked by a simple monument deep in a wooded area off a local highway.

There is also the story of the New Bordeaux settlement being split on an important issue. With the revolutionary war approaching, the question arose—should the Huguenots support the British who had protected them in England and granted them land in the new world? Or, should they support the colonists and the Declaration of Independence?

After all, the Huguenots were now living in the new world, not in England. It is recorded that Pierre Gibert III gave a rousing speech presenting arguments for both points of view, but ultimately he persuaded New Bordeaux inhabitants that they were living in a new land and should support it by fighting with the colonists, not against them.

In Philippians 3, Paul gives reasons why, like us, he might have confidence in the flesh (esp. his heritage), confidence in his honors and in his achievements. Paul says he was “… of the tribe of Benjamin, a Hebrew of the Hebrews; in regard to the law, a Pharisee; as for legalistic righteousness, faultless”. And I think we, too, as members of Westminster Presbyterian Church, could compile a list of accomplishments that we would be proud of. We are Southern conservative Christians. We are Reformed Presbyterian; we are even PCA Presbyterians. And if I made such a list, I could add that I am also a Huguenot.

In conclusion, what’s my point? Why would I make such a big deal out of my Huguenot heritage? To be sure our heritage is important. We draw strength and stability knowing the history of our forebears and seeking to keep up their good traditions. But, we should also remember what Paul says when giving reasons to have confidence in the flesh. Like Paul, many of us can produce a list of spiritual bragging rights, of people and organizations that have influenced us for Christ. I am very thankful for my ancestors, the Huguenots, and for the influence they have had on me and my family. And, I seek to pass that tradition on to our three girls. However, I have nothing to brag about. Paul’s words bring me back to reality - I cannot find confidence in the flesh, no matter how hard I try to hold on to traditions. In good times and in bad times, my confidence rests in Christ alone. Paul concludes:

But whatever was to my profit, I now consider loss for the sake of Christ. What is more, I consider everything a loss compared to the surpassing greatness of knowing Christ Jesus my Lord…. Philippians 3: 7, 8 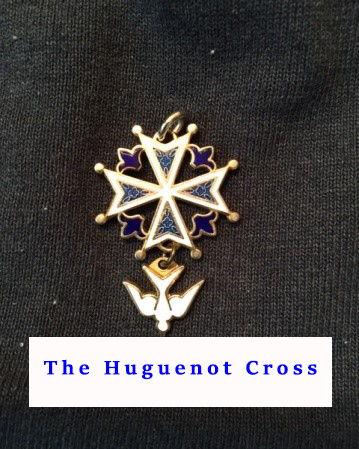 A Thank You from Brooke McCorkle

The Joys of Quarantine

The Heart of a Worrier